More than 150 firefighters from 29 departments spent the night battling another devastating food processing plant fire that broke out at a large grain storage facility in Hemlock, Michigan. 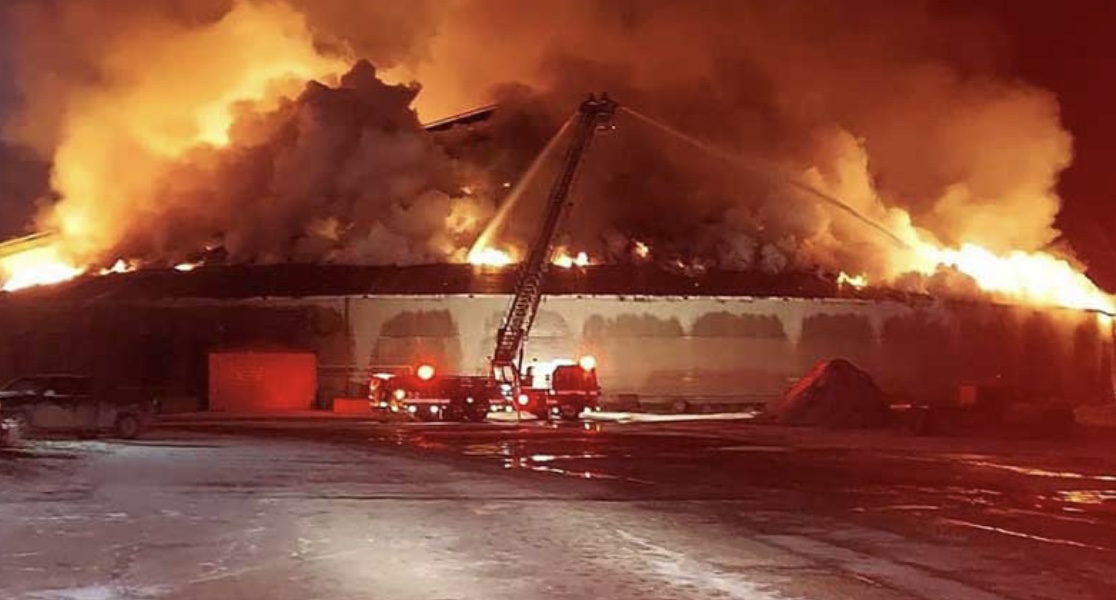 Firefighters in Saginaw County worked all night to battle a fire that broke out late Sunday at a large grain silo owned by The Andersons, Inc., in Hemlock. Photo by Buena Vista Township Fire and Rescue

On Sunday at 10:10 p.m., the Richland Township Fire Department was dispatched to a fire at The Andersons Inc., an agricultural storage and supply company located at 485 S. Hemlock Rd. Additional 911 calls were advising that flames from the pump house were visible.

More than a hundred firefighters worked through the night, doing their best to knock down flames coming from the grain silo. Scott said some residents were evacuated from their homes for a couple of hours out of an abundance of caution.

“Grain fires oftentimes if we can’t vent it, or it doesn’t vent, can be combustible,” Scott said.

In all, crews from Saginaw, Midland, Gratiot, and Genesee counties showed up to fight the fire, which is now contained but is still burning.

“The main challenges we faced today were simply the height of the facility. We were prepared for it with aerial ladders. We had multiple aerial ladders out there and running right now,” Scott said.

Scott said no one was hurt in the fire, and the cause of the fire is still under investigation because the flames have to be put out first. He said it was unclear how long fire crews would be on site.

“I don’t have an exact timeframe for the actual end of the scene. Right now, overhaul strategies are being put together so that we can ensure a safe and effective finality to it,” Scott said.

South Hemlock Road is closed from Gratiot to Doyle Road, and fire crews are using the fire hydrant on Gratiot at Orr Road. Drivers are asked to avoid these areas.

TV5 reached out to The Andersons Inc. for comment. However, no response has been given yet.