5 Dead, Others 'Gravely Injured' In Mass Shooting At Capital Gazette Newspaper in Annapolis

A lone gunman blasted his way into the Capital Gazette newsroom in Annapolis with a shotgun Thursday, killing five people dead and injuring two others, authorities said.

Journalists dove under their desks and pleaded for help on social media. One reporter described the scene a “war zone.” A photographer said he jumped over a dead colleague and fled for his life.

The victims were identified as Rob Hiaasen, 59, a former feature writer for The Baltimore Sun who joined the Capital Gazette in 2010 as assistant editor and columnist; Wendi Winters, 65, a community correspondent who headed special publications; Gerald Fischman, 61, the editorial page editor; John McNamara, 56, a staff writer who covered high school, college and professional sports for decades; and Rebecca Smith, 34, a sales assistant hired in November.

Police took a suspect into custody soon after the shootings. He was identified as Jarrod W. Ramos, a 38-year-old Laurel man with a longstanding grudge against the paper. 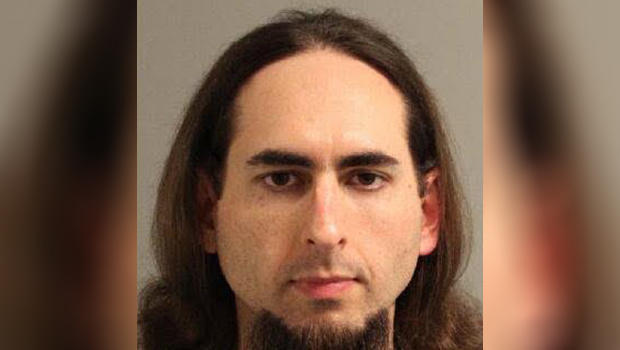 Jarrod Ramos, 38, is suspected in the fatal shooting of five people at a newspaper in Annapolis, Maryland. Anne Arundel Police Department

“This was a targeted attack on the Capital Gazette,” said Anne Arundel County Deputy Police Chief William Krampf. “This person was prepared today to come in. He was prepared to shoot people.”

Local, state and federal law enforcement officials cordoned off the Laurel apartment complex listed as the address for Ramos, whose dispute with the Capital began in July 2011 when a columnist at the paper covered a criminal harassment case against him. In 2012, Ramos brought a defamation suit against the columnist and the paper’s former editor and publisher, but Maryland’s second-highest court upheld in 2015 a ruling in favor of the Capital and a former reporter who were accused by Ramos of defamation.

Police said the suspect, who was taken into custody without any shots being fired by officers, had used “smoke grenades” in the building, located at 888 Bestgate Road. About 170 people were inside at the time of the shooting, they said.

Absolutely devastated to learn of this tragedy in Annapolis. I am in contact with County Executive Steve Schuh, and @MDSP is on the scene assisting @AACOPD. Please, heed all warnings and stay away from the area. Praying for those at the scene and for our community. https://t.co/bI6PdUjHfh

The Capital is owned by The Baltimore Sun.

Phil Davis, a Capital crime reporter who was in the building at the time of the shooting, said multiple people were shot, as others — himself included — hid under their desks. He said there was a lone male gunman.

“Gunman shot through the glass door to the office and opened fire on multiple employees. Can’t say much more and don’t want to declare anyone dead, but it’s bad,” Davis wrote on Twitter as he waited to be interviewed by police.

“There is nothing more terrifying than hearing multiple people get shot while you’re under your desk and then hear the gunman reload.”

In a subsequent interview, Davis said it “was like a war zone” inside the newspaper’s offices — a situation that would be “hard to describe for a while.”

“I’m a police reporter. I write about this stuff — not necessarily to this extent, but shootings and death — all the time,” he said. “But as much as I’m going to try to articulate how traumatizing it is to be hiding under your desk, you don’t know until you’re there and you feel helpless.”

Davis said he and others were still hiding under their desks when the shooter stopped firing. Police then arrived and surrounded the shooter, Davis said.

Paul Gillespie, a staff photographer, had just finished editing photos from one assignment and was preparing for the next when he heard shots behind him, and the newsroom’s glass doors shatter. Another shot, and Gillespie dove under a co-worker’s desk “and curled up as small as I could,” he said.

“I dove under that desk as fast as I could, and by the grace of God, he didn’t look over there,” he said. “I was curled up, trying not to breathe, trying not to make a sound, and he shot people all around me.”

Instead, the gunman passed him, continuing to shoot, he said. Eventually, there was a lull in the shots, and Gillespie said he stood and ran for the exit, through the shattered glass, jumping over a colleague who he believed was dead as another shot rang out in his direction. Once outside, he ran to a nearby bank, where he screamed for people to call the cops.

“I feel like I should be helping to cover it,” he said of the shooting, “but I’m a mess.”

Authorities said police responded to the scene within a minute of the shooting. "If they were not there as quickly as they were it could have been a lot worse," Annapolis Mayor Gavin Buckley said.

Officials at Maryland Shock Trauma Center confirmed the hospital was treating at least one victim. County Executive Steve Schuh said others were being treated at Anne Arundel Medical Center. Loren Farquhar, a medical center spokeswoman, said the hospital received two patients, both with minor injuries not from gunfire. One was discharged and another is expected to be discharged soon, she said.

Renee Mutchnik, a spokeswoman for the Baltimore Sun Media Group, said the company was “deeply saddened” by the shooting.

“Our thoughts and prayers are with our colleagues and their families,” she said. “Our immediate focus is on providing support and resources for all our employees and cooperating with the authorities as this situation is still under investigation.”