Woman and Girl are Killed, 13 Injured in Toronto Mass Shooting

A woman, 18, and a girl, 10, are dead and 13 other people are injured after a shooting in Toronto's Greektown neighbourhood on Sunday evening, police say.

Toronto Police say 16 people were shot in total, including the shooter, a 29-year-old man, who also died. Eight women and eight men were shot, and they range in age from 10 to 59, police say.

Reese Fallon, 18, was killed in the attack, according to Liberal MP Nathaniel Erskine-Smith, who represents the area. Fallon was associated with a young Liberals group in the area. 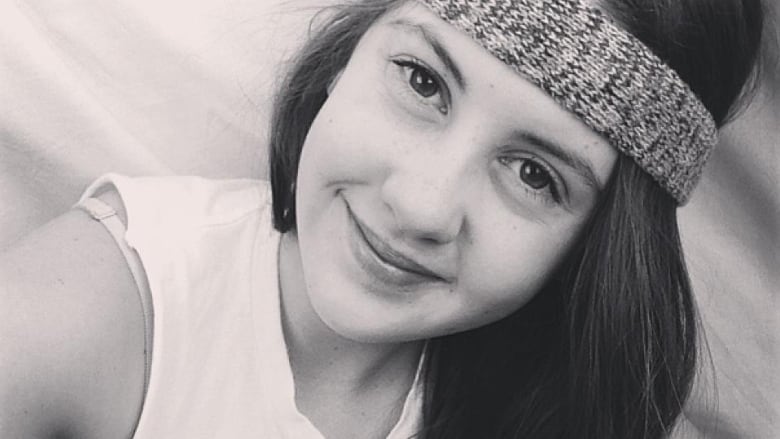 The 18-year-old killed in a shooting on the Danforth Sunday evening has been identified as Reese Fallon of Toronto. Facebook

Saunders said police don't know what prompted the attack and he acknowledged there are concerns about ongoing gun violence in Toronto. He said police are working to restore a sense of safety in the city.

"There is no magic pill that we're going to take to say all is well," Saunders told reporters at police headquarters in Toronto Monday. "It's not going to happen overnight."

Saunders praised front-line staff for their quick response, suggesting the situation could have been much worse without their efforts. Police will maintain a heightened presence on the Danforth, he said.

Det. Sgt. Terry Browne said the shooting, which he described as "very disturbing," occurred rapidly and there are several scenes within the main scene. He said there were a lot of citizens provided medical help to the "best of their ability."

Learn more about Stop the Bleed kits to help save lives.

Browne said some of the victims have "life-changing" injuries, while others will be released from hospital soon.

"We have control of the city. This is an incident that has occurred, it is a tragic incident, but there are many, many moving parts to this incident and many victims," he said. "We will get through this," he said.

Browne also said police are seeking to obtain a search warrant of a residence in relation to the shooter. He declined to comment further because Ontario's Special Investigations Unit (SIU) is probing the circumstances of the man's death. The SIU investigates all incidents of death or serious injury involving police in the province.

Browne said police will conduct an investigation into the shooter's background. Uniformed officers will canvass areas north and south of the Danforth.

Police said all families of the victims have been notified.

Earlier, Saunders urged the public to share any information they have about the shooting, including video of what happened. He said the investigation is still in its early stages.

"I'm looking at every single possible motive for this," he said. "When you have this many people struck by gunfire it's a grave concern."

At its news conference following the police update, the SIU did not reveal the alleged gunman's name but said an autopsy will be performed on Tuesday at 9:30 a.m. ET.

Monica Hudon, spokesperson for the SIU, said the agency is still trying to confirm the man's identity. He was from Toronto. She said that according to policy, the SIU needs permission from the family to release the man's name but there are "exceptional circumstances."

"How the man sustained his injury and what transpired are part of the SIU's investigation," she said.

The SIU has towed a police cruiser from the scene. Hudon said two officers who were in the cruiser will also be investigated for their role in the exchange of gunfire with the man.

She said the man's firearm is now in the SIU's possession.

According to the SIU, a man walking along Danforth Avenue fired at groups of people several times at about 10 p.m. ET on Sunday. Saunders said the man was armed with a handgun.

The SIU said officers located the gunman on Bowden Street, near Danforth and Broadview avenues, and an exchange of gunfire took place. The SIU said the gunman fled and was found dead on Danforth Avenue.

The SIU's investigation will focus solely on what occurred on Bowden Street, while the Toronto police will investigate what happened on Danforth Avenue, Hudon said.

Police have not said how the suspect died but said no officers were injured in the exchange of gunfire.

It is not known which restaurants were shot at.

My evening was nice until I heard shooting right out of my place on the danforth. So scary!! The gun violence in Toronto is crazy. pic.twitter.com/eNHLlUlp6r

Emergency crews were called to the scene near Danforth and Logan avenues in Greektown, part of which is located within Toronto's Riverdale neighbourhood, shortly after the shooting.

Police spokesperson Mark Pugash said it is too early to say whether the shooting was motivated by terrorism.

Eight of the victims were taken to trauma centres in Toronto.

Najma Ahmed, acting medical director of trauma at St. Michael's Hospital, said there are five patients at the hospital. Three underwent "immediate lifesaving surgery" after the shooting, she said.

All five patients are in serious and critical condition, she said.