Thanks to all the Search and Rescue Teams who worked tirelessly to find Kenneth! Surviving three days and nights in rural Eastern Kentucky in just a diaper... that is one tough little boy! 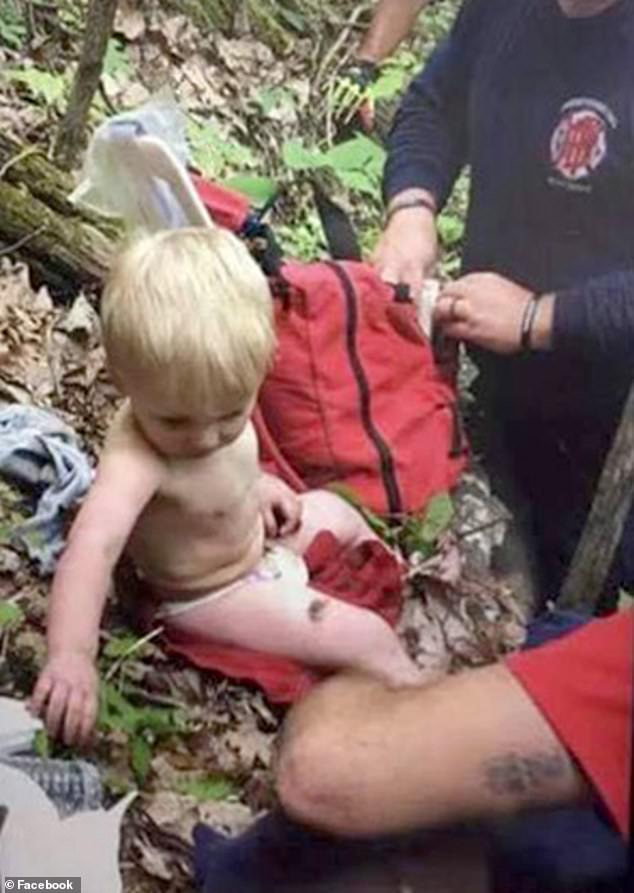 A 22-month-old boy who went missing from his home in rural eastern Kentucky was found safe near an old mine this afternoon, after surviving nearly three days alone in rough terrain.

State police said in a tweet Kenneth Howard was discovered alive just before 2pm in Floyd County in the area of an old strip mine. He was taken by a helicopter to a pediatric trauma center to be examined.

A photo from the rescue operation emerged late Wednesday afternoon showing Kenneth wearing only a diaper and surrounded by volunteers.

Captain Carter Conley, of the Magoffin County Rescue Squad, said the young boy is being treated for dehydration, but is otherwise 'in remarkably good condition.' 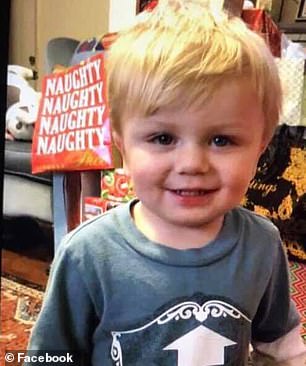 Found! Officials found the toddler at 2pm Wednesday after an intense search (pictured before his disappearance). Facebook

According to officials, Kenneth, who is just two months shy of his second birthday, was discovered at the bottom of a steep 50-foot hill located 1,755 feet away from his home, reported WTVQ.

A search team with an expert tracker heard the toddler's cry and then used a basket tied to a rope to pull him to safety.

One official marveled at the child's ability to make his away across the treacherous terrain and get as far as he did, calling him 'a true Kentucky mountain boy,' reported WYMT.

News outlets reported earlier that Magoffin County Emergency Management Director Robert Prater said the original search area was a half-mile radius from the home but widened to about 1 mile and included the old, overgrown mining operation.

Chief Conley said crews and volunteers were using bloodhounds, horses, ATVs, helicopters and drones with thermal cameras to comb through the rugged terrain in search of the toddler.

Kenneth was last seen in his front yard at Racoon Hill at around 7.30pm on Sunday and was reported missing by his family an hour later.

His mother, Samantha Moore, said in an emotional interview with WTVQ on Tuesday that her son was outside their home with his father late on Mother's Day when he went around the back of the house. 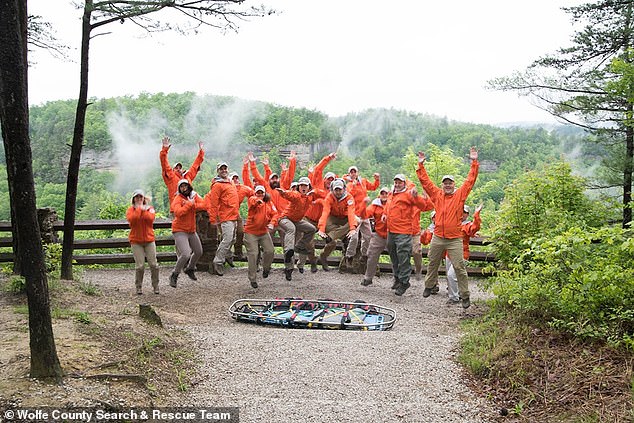 A Search and Rescue team is pictured jumping for joy after learning that Howard has been found alive and well. Wolfe County SAR Team

When Kenneth's dad, Elden Howard, went looking for him, the boy was nowhere to be found.

In a separate interview with WYMT, Elden Howard speculated that someone may have taken his son, given that so far all their search efforts have come to naught.

'I would just like to see him come home safe,' the father said. 'I can't rest, can't eat.' 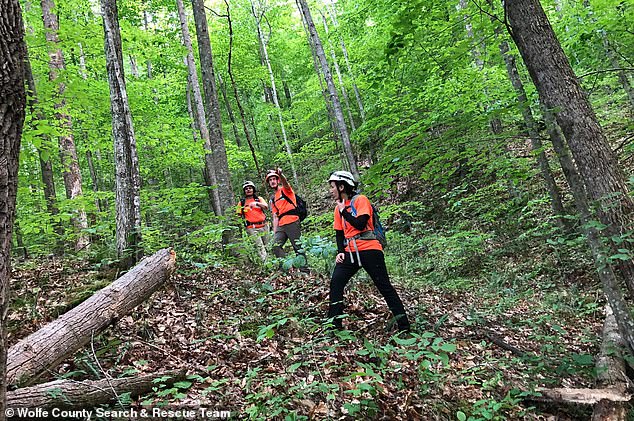 Howard described his young son as a curious toddler full of energy. He was offering a $5,000 reward for the boy's safe return.

Vigils were held Tuesday night in eastern Kentucky, with attendees praying for Kenneth and his family.