Dayton, Ohio gunman shoots dead 9 people including his own SISTER and wounded 27. Police said the suspect was shot and killed by officers in less than one minute.

A GUNMAN who shot dead nine people and injured 27 others in Ohio has been named as Connor Betts.

The 24-year-old, from Bellbrook, opened fire with a high-powered rifle outside a bar in the town of Dayton in the early hours of this morning - just 12 hours after another gunman shot dead 20 in a Texas Walmart.

Cops neutralised the killer by fatally shooting him within a minute after he gunned down revellers enjoying a Saturday night out.

Police formally identified as Connor Betts and named all nine victims - including his own 22-year-old sister Megan Betts.

Six of the nine victims were African American and police have said they don't think it was targeted discrimination because of the short timeline of the massacre - but added they aren't ruling it out.

The patches he’s wearing are from a known satanist apparel company. One of them reads “against all gods". This is a culture problem. A godless culture of death with no respect for life. https://t.co/IsOSdFHSqy

The shooter Connor Betts was pictured with satanic patches on his jacket in a previous photo — via Robby Starbuck. The patch “against all gods” is a blackcraft cult product. The shooter was wearing “No heart to feel, no soul to steal” T-shirt.

The tragedy in Dayton comes after a mass shooting in a Texas Walmart left 20 dead just a few miles from the Mexican border.

The Ohio shooter is believed to have opened fire near Ned Peppers Bar in the city's Oregon district just after 1am.

In a sombre press conference this morning, Dayton Mayor Nan Whaley told reporters the gunman used a "high-powered rifle" with .223 calibre high capacity magazines and extra magazines - suggesting the attack had been premeditated.

The Mayor confirmed that 27 people had been injured, including 16 who were taken to hospital. Some are believed to be undergoing surgery.

She later confirmed 15 of those had been released.

They said some people suffered multiple gunshot wounds, and others were injured as they fled.

Lois Oglesby, 27, was pictured as one of the first victims of the massacre.

The day care worker was described as a "wonderful mother" to her newborn baby and older daughter.

Derasha Merrett, her cousin, told Dayton Daily News: "We all grew up in this little town. We’re all family. We’re all hurting behind this.

"She loves her kids unconditionally." 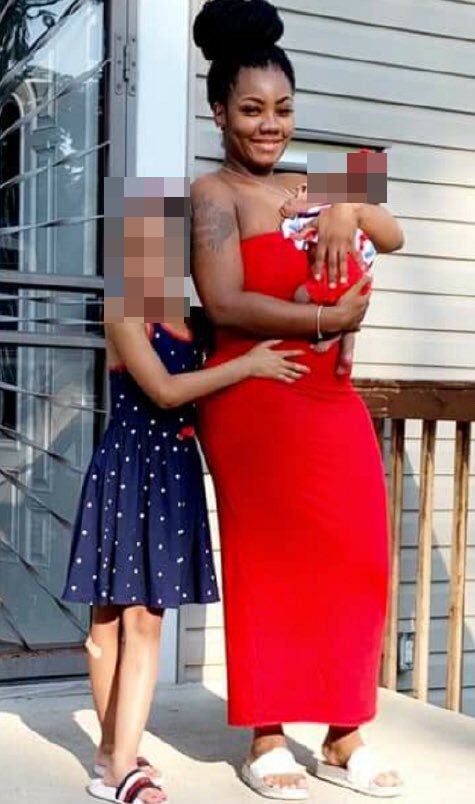 Victim Lois Oglesby, 27, has been described as a ‘wonderful mother’ 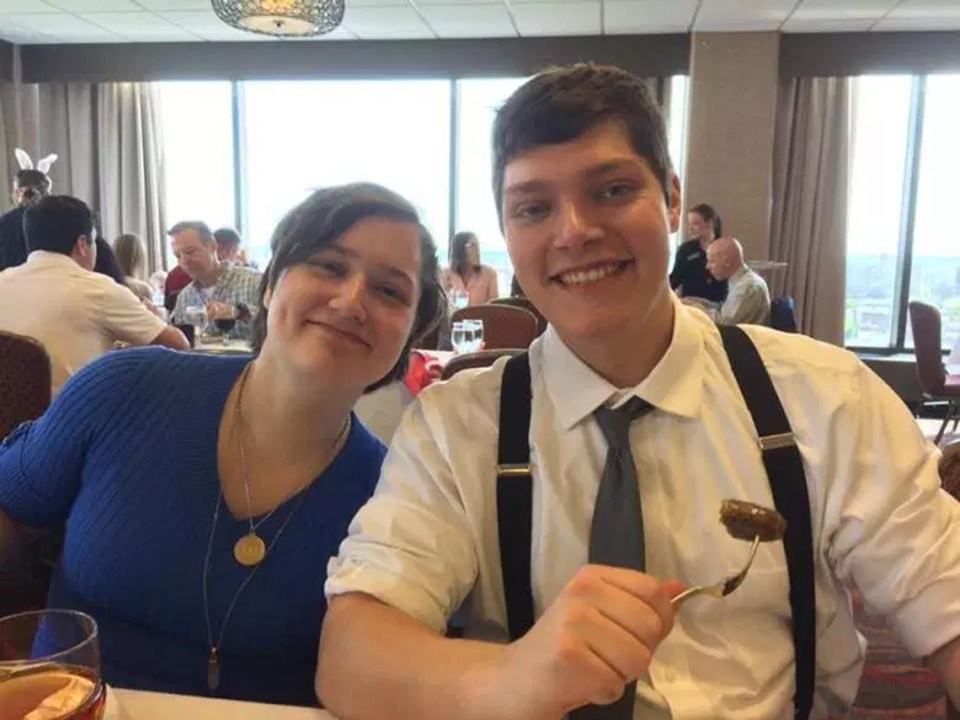 Megan Betts, left, was killed by her brother Connor, when he opened fire at a bar just after 1am on August 4.

Six of the nine victims were African American

Mayor Whaley praised the speed of cops who heard the first gun shots while patrolling the area, saying: "If they hadn't got to the shooter within a minute, hundreds could be dead now.

"The quickness of Dayton police saved literally hundreds of lives."

Cops said that "thousands of people" would have been in the area on a summer's night.

WHIOTV 7 reports that several police vehicles have been sighted at a Bellbrook address – belonging to Stephen R. Betts – since 6am local time today.

Bellbrook police chief Doug Doherty said that Connor Betts had lived on the street, and that the house and several vehicles on the property are being searched.

Local media sources report that a background check on Betts found that he did not have a violent criminal background.

Their probe had not uncovered any concealed weapons permits for him.

Betts' former high school principal Chris Baker told Dayton Daily News how the Ohio shooter was suspended from school for writing a "hit-list" on a bathroom wall, sparking a lockdown.

Brad Howard, a neighbour who knew Betts for at least 20 years, described the shooter as a “nice guy and the news came as a “total surprise”.

He told NBC News: “It’s just one of those things when you wake up and see the news.”

In a press conference, Mayor Nan Whaley said: "The gunman was wearing body armour and a had a .223-calibre high capacity magazines and extra magazines."

Records from the Kettering Municipal Court revealed that he had received two speeding tickets, in 2013 and 2014.

Police have not confirmed a motive.

The Dayton Daily News earlier reported that police were searching for a second possible shooter that "may have left the area in a dark-coloured Jeep", but cops are not currently seeking a second suspect.

Terrified witnesses shared footage of bar-goers fleeing the scene as dozens of gunshots echoed through the streets.

Graham Hunter, 24, said he and four friends arrived just as the incident was over and immediately came upon the body of the shooter outside.

"Everyone was panicking and running around," Mr Hunter told CNN.

"After the shooter was dead, everyone was just crying and stuff."

He said he saw "bodies all over the place".

Another witness wrote on Facebook: “Happened right in front of the patio where I was sitting in front of Neds.

“He tried to go into the bar but did not make it through the door. Someone took the gun from him and he got shot and is dead.

“There are at least eight people dead right by the picnic table where I was on the street.

"A bunch of people taken to the hospital. I don’t know how any... this place is a disaster.”

'WE RAN FOR OUR LIVES'

Another witness told BNO News: "We heard gunshots while on the patio .. Ran indoors only to be shoved back out because the shots were coming from inside the bar.

Speaking to the BBC, Jae Williams said he was at a nearby rap performance when they were told to evacuate.

"I was very shocked," he said. "We all evacuated quickly and safely. We were told to avoid the Oregon district."

"I got to my car, I could see cops, multiple ambulances. When I drove past I saw a lot of cops and ambulances."