One of the students, an 8-year-old boy named Jonathan Martinez, died after being airlifted to a nearby hospital.

After being admitted onto the campus of North Park Elementary School in San Bernardino, a 53-year-old Riverside man went to his estranged wife's special education classroom and opened fire Monday, fatally shooting her and striking two students before killing himself, police said.

One of the students, an 8-year-old boy named Jonathan Martinez, died after being rushed to the hospital.

Without saying anything, Anderson quickly opened fire with a large-caliber revolver, killing Smith and striking two students who were standing behind her, according to San Bernardino Police Department Chief Jarrod Burguan.

He reloaded at least once, the chief said.

Fifteen students between first and fourth grades were in the special education classroom, as were two adult aides.

Authorities responded to the elementary school, located at 5378 N. H St., to a report of an active shooter just before 10:30 a.m., according to San Bernardino City Unified School District spokeswoman Maria Garcia.

When officers arrived, they found a man and a woman dead in a classroom, as well as two injured students, Burguan said. The gunman was among those who were down, according to the chief, who said there was no further threat to the school.

The two students who received gunshot wounds were taken to Loma Linda University Medical Center's trauma center; both were initially listed in critical condition. Martinez died shortly after arriving at the hospital.

Burguan later said the surviving student was a 9-year-old boy who was in stable condition.

The motive for the shooting was not immediately known. The couple had only been married for a few months and had been separated for a month or so, Burguan said.

Anderson has a criminal history, including domestic violence, weapons and possible drug charges, according to the chief. It's not clear what charges, if any, Anderson has been convicted of.

Before the victims were identified, San Bernardino police Capt. Ron Maass said at an early afternoon news conference that the gunman had gone to the classroom to visit the adult female victim.

The children were not the gunman's targets, the captain said.

"We believe the two children were the unfortunate recipients of injuries by being in the proximity to the female at the time of the incident," Maass said.

The parents of both student victims have been notified.

"This is a tragic incident that has befallen our city," police Lt. Michael Madden said at the news conference. 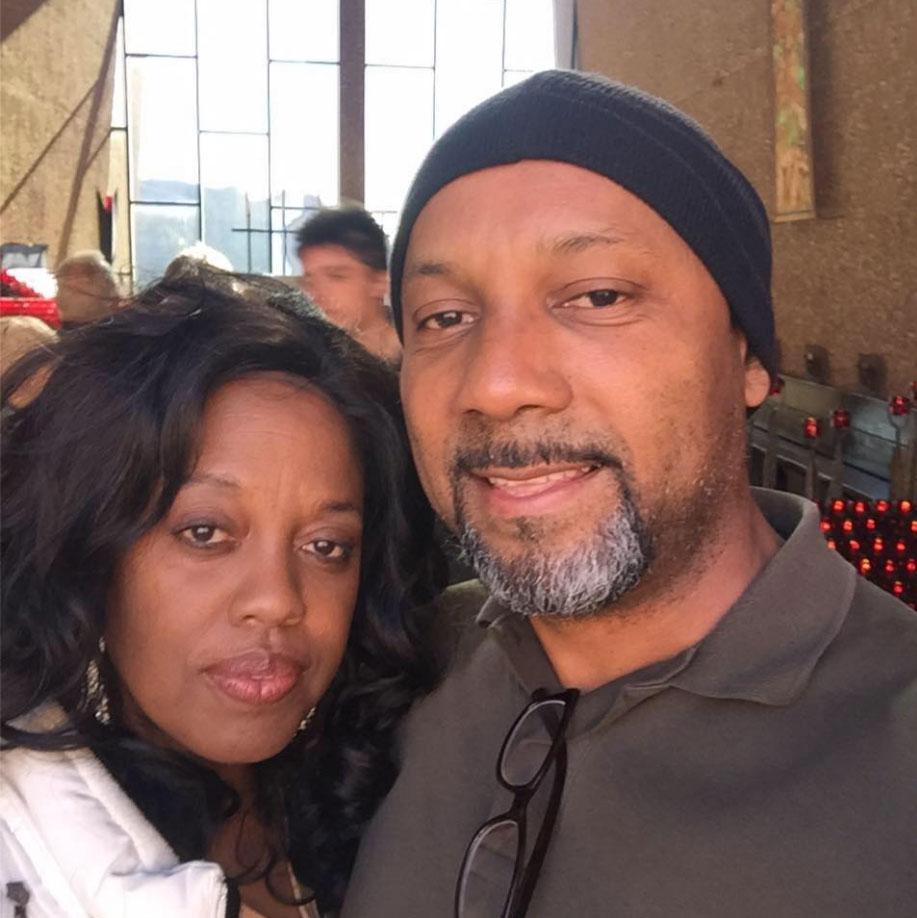 A photo posted to Cedric Anderson's FaceBook page on Jan. 29, 2017, shows him with Karen Smith.