According to a new survey, a majority of Americans are bracing for the possibility of a politically-fired civil war, and more than half are already stockpiling food and other essential items to survive and fight back.

Lincoln on the battlefield at Sharpsburg.

In the survey, 61% said that the United States is nearing a second civil war, including a shocking 41% who “strongly agree” with that assessment.

And 52% are so convinced that it is just around the corner, or after Election Day, that they are putting away food and other essentials, an historic expansion of the prepper movement that has been brewing for years, now driven by fear and coronavirus-induced shortages. 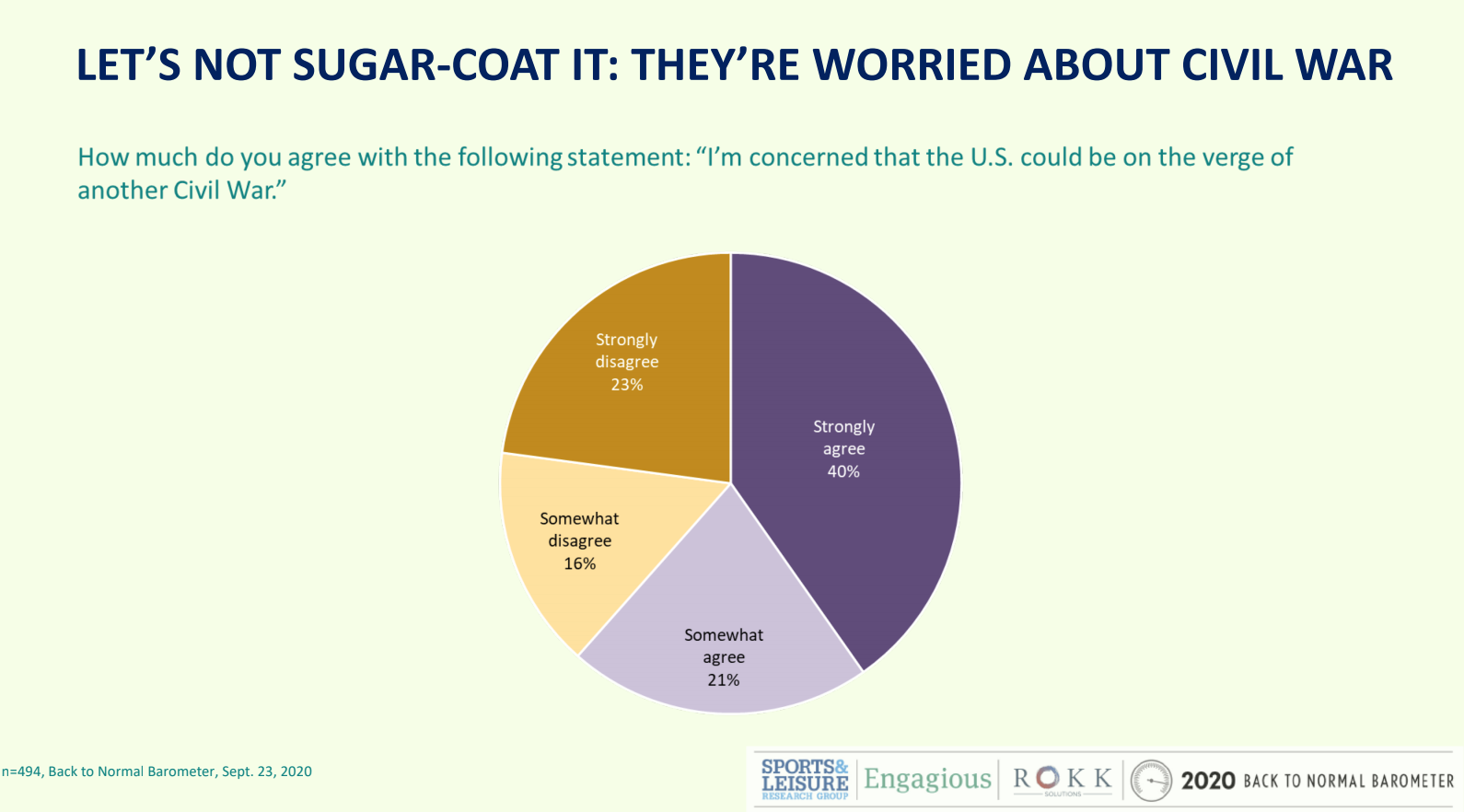 “This is the single most frightening poll result I’ve ever been associated with,” said Rich Thau, president of Engagious, one of the three firms, along with the Sports and Leisure Research Group and ROKK Solutions, that conducted the “Back-to-Normal Barometer” survey.

Secrets has been following the series of surveys that have been sizing up the state of the nation and business since the coronavirus crisis hit. Of all the studies so far, this is the first to raise majority concerns about a potential war.

It comes as the 2020 presidential race is getting hot, with both sides ginning up support from radicals, and clashes a regular thing. It also comes as the Black Lives Matter movement continues to conduct heated protests to the point of riots in some cities. 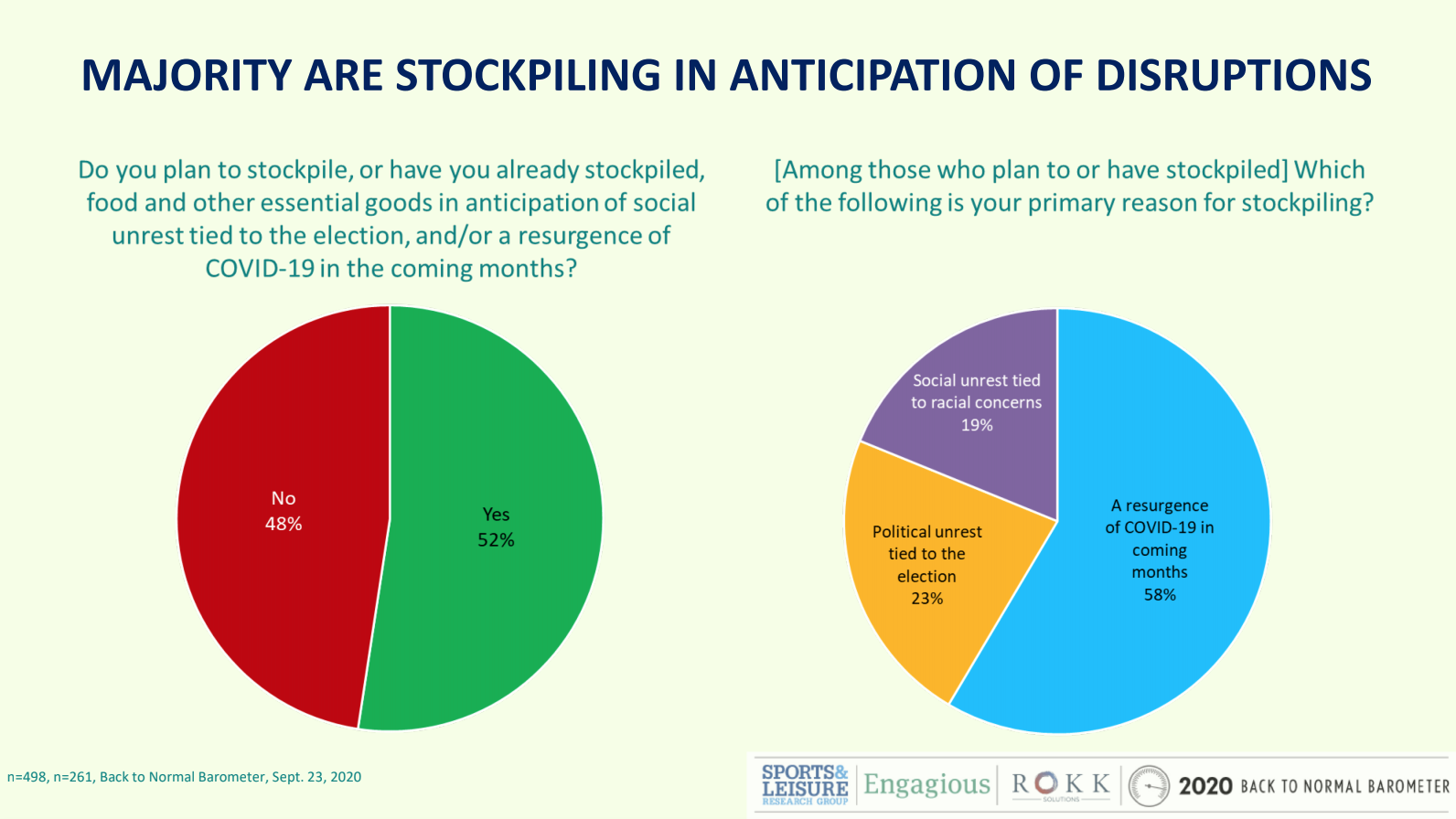 During the first presidential debate, President Trump, while agreeing to decry racially-motivated groups, told the so-called Proud Boys, a militarized group that supports him, to "stand back and stand by." The president also repeated his concerns that Democrats are scheming to steal the election.

Predictably, it’s the political extremes who are most ready for war, with 52% of very liberal, 52% of very conservative, 32% of somewhat liberal, 34% of moderate, and 35% of somewhat conservative respondents saying they believe the statement “I’m concerned that the U.S. could be on the verge of another civil war.”

The virus is also playing a big role in the nation’s anxiety. A majority of those who are stockpiling food and essentials are doing so because of concerns COVID-19 will spike, as many in government are predicting.

'They want to abolish the suburbs': St. Louis couple who waved guns at protesters speak at RNChttps://www.wsmv.com/news/us_world_news/they-want-to-abolish-the-suburbs-st-louis-couple-who-waved-guns-at-protesters-speak/article_98af8659-3a99-5a0c-ae00-e8feba7261bd.html pic.twitter.com/cm9f5n77ek

Already in several cities, including in the Washington suburbs, major stores including Sam’s Club and Costco, are reinstituting limits on items such as canned foods, bottled water, and paper goods.

“We have been conducting surveys of consumers and employees since the beginning of April in order to help industries make strategic decisions in the month ahead. The current data shows an alarming trend that that extreme political polarization of our country has a majority of Americans concerned that our country could be a powder keg ready to explode into a Civil War,” said Ron Bonjean, a partner at ROKK Solutions. 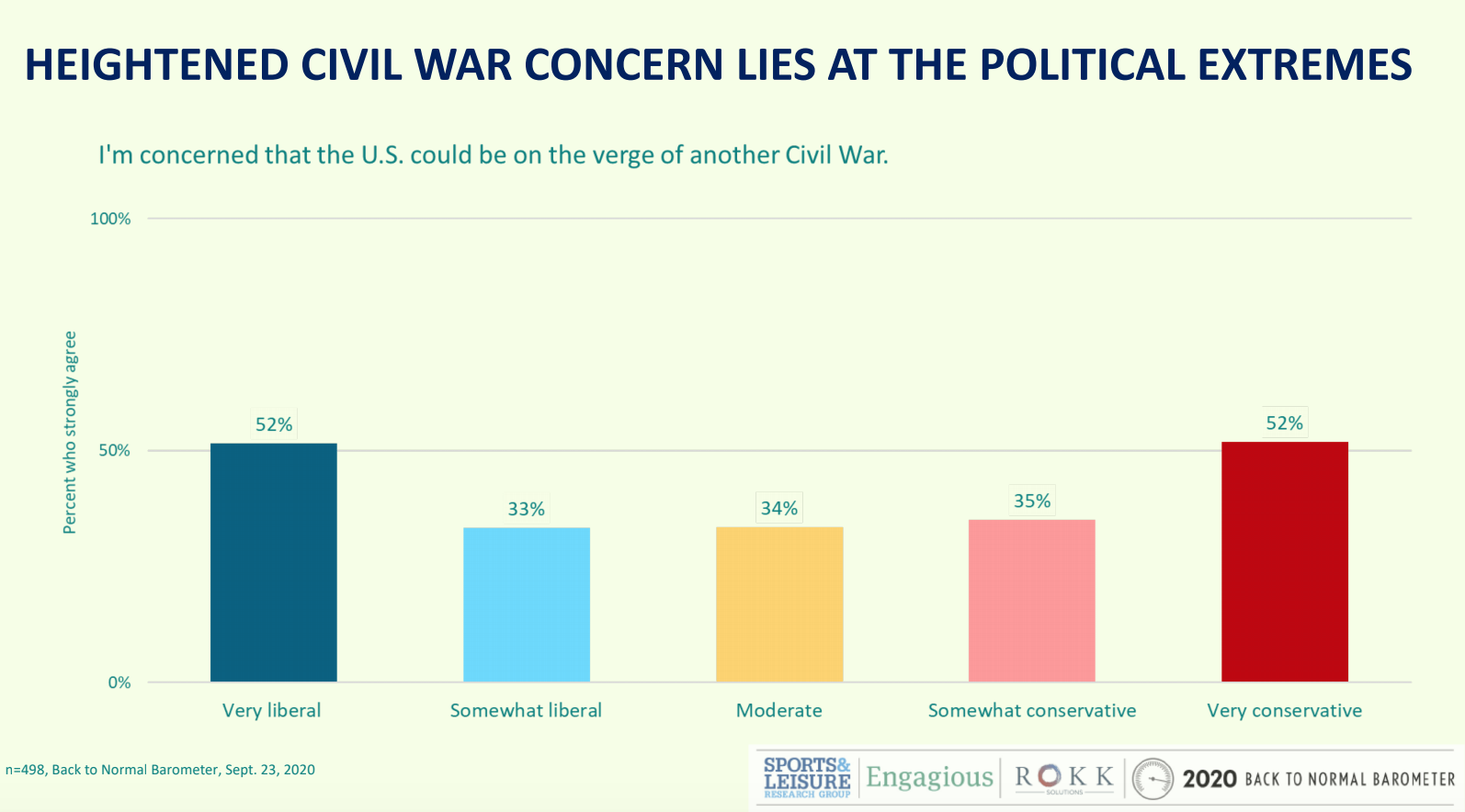