The woman killed in Saturday’s San Diego synagogue shooting stepped in front of the bullets aimed at her longtime friend and rabbi as he raced to evacuate children, according to her friends and authorities.

POWAY, California - Friends say the actions of Lori Gilbert-Kaye, 60, were in keeping with the San Diego native they knew: always the first to help with faith and family.

Kaye, 60, was killed at Chabad of Poway when a nursing student who apparently espoused anti-Semitic beliefs opened fire with an AR-style rifle. Rabbi Yisroel Goldstein, Kaye's friend of 30 years, suffered defensive wounds to his hands but survived the attack. 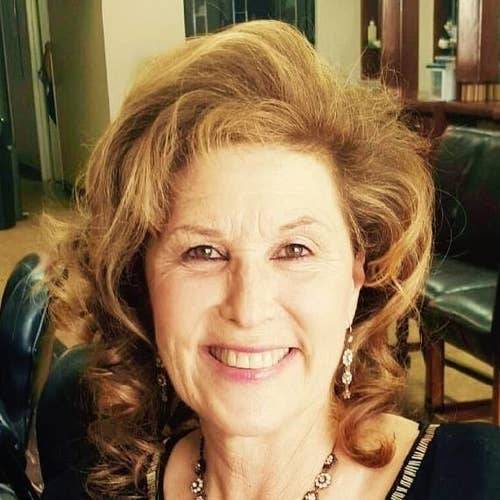 Lori Gilbert-Kaye was killed at Chabad of Poway when a nursing student opened fire with an AR-style rifle. Facebook 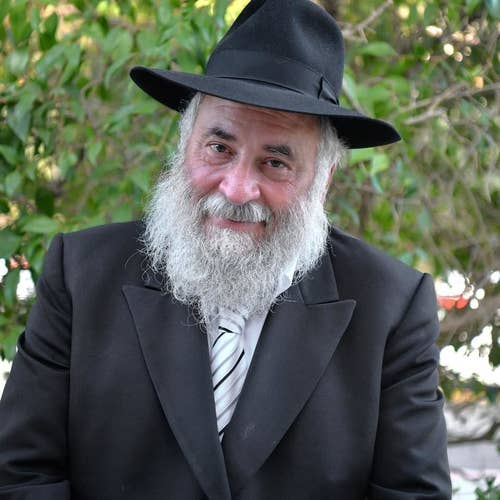 Rabbi Yisroel Goldstein suffered defensive wounds to his hands but survived the attack and then gave a sermon to the huddled congregation before going to the hospital, Audrey Jacobs, a friend, said in a Facebook post. Facebook

Roneet Lev, an emergency medicine physician from Poway, said Kaye was her best friend and like a second mother to her two children.

Lev rushed to the hospital and spoke to Goldstein as he was going into surgery.

“The rabbi told me as he was being rolled into the OR, ‘let everyone know that Lori stepped in and saved my life,’” Lev said Sunday morning as she visited a growing memorial of flowers and candles across the street from the synagogue. “Tell everybody that I was a target.”

Kaye leaves behind a husband and daughter.

"Your final good deed was taking the bullets for Rabbi Mendel Goldstein to save his life," friend Audrey Jacobs wrote in a post she said had been approved by the other victims and their families. "Tragically the rabbi was still shot in the hand and he gave a sermon telling everyone to stay strong."

Lev said she and Kaye shared a Shabbat dinner on Friday night. On Saturday morning, Lev said, Kaye went to Chabad of Poway to say a prayer, known as the Kaddish, in honor of her mother, who had died in November.

It was Kaye’s first time reciting the mourner’s prayer for her mother, Lev said. Lev wasn’t in the temple that morning, but she heard Kaye was nervously pacing the hallways.

But Kaye never got to the say the prayer for her mother. “She’ll say it in person,” Lev said Sunday. “She died a sacred death. She died on the Sabbath. She died on Passover. She died in the synagogue. She died saving the rabbi’s life.”

Lev found out her friend had been shot when Kaye’s husband, also a physician, called her. “He’s doing all the CPR and then he’s looking at her face, and he sees it’s his wife, and he passes out,” she said.

For 50 years, Michelle Silverman counted Kaye as one of her closest friends. The two met at temple when they were 7, went to the same university and even pledged the same sorority. Silverman, 60, said anyone who knew Kaye would understand her actions.

“If there’s anybody in need, she’s the first one to step forward and say 'I can help,'" said Silverman, recalling the friend with whom she spoke with daily, trading stories about their families and pictures of their gardens. "I felt like she was my third sister. It wasn’t just a friendship. It was a sisterhood.”

Silverman said Kaye's faith was central to her life, as was her husband and their daughter, a college student in California.

“She was an amazing mother and amazing wife," Silverman said. "Her pride and joy was her family.”

Also injured in the shooting were Noya Dahan, 8, and her uncle, Almog Peretz, 34, who was visiting from Israel, authorities said.

More: What we know about the California synagogue shooting

Kaye's death shocked her colleagues at San Diego-based Pro Specialties Group Inc., which markets licensed sports gear. Kaye was a senior account manager at the company, and her coworkers remembered her as devoted to charity, faith and family.

"Her tragic passing leaves a void in my heart," co-worker Dava Dayan said. "I am forever grateful that she was a part of my life. Our world will not be the same without her."

Israel's minister of diaspora affairs, Naftali Bennett, called Kaye a hero, the Jewish Press reported: "She sacrificed her own life, throwing herself in the path of the murderer’s bullets to save the life of the Rabbi. But it is clear that such heroism and good deeds are not only characteristic of dear Lori in death, but this is the way she lived her life – at the heart of her community, constantly doing charity and good deeds for those in need."

And Israeli Prime Minister Benjamin Netanyahu called for an end to anti-Semitism. "I condemn the abhorrent attack on a synagogue in California; this is an attack on the heart of the Jewish people," he posted on Twitter. "We send condolences to the family of Lori Gilbert-Kaye and our best wishes for a quick recovery to the wounded."

Witnesses said it appeared the shooter's gun jammed during the attack. An off-duty Border Patrol agent attending services shot at the suspect as he fled, hitting his car. The suspect surrendered to police nearby.