Food prices soar with no end in sight, Americans are changing their shopping habits

Report found 46% of Americans are dining out less and 42% are changing how they shop for groceries.

Americans are changing their shopping habits because of soaring food prices. And disruptions in the international farming community have some worried about the food supply heading into 2023. 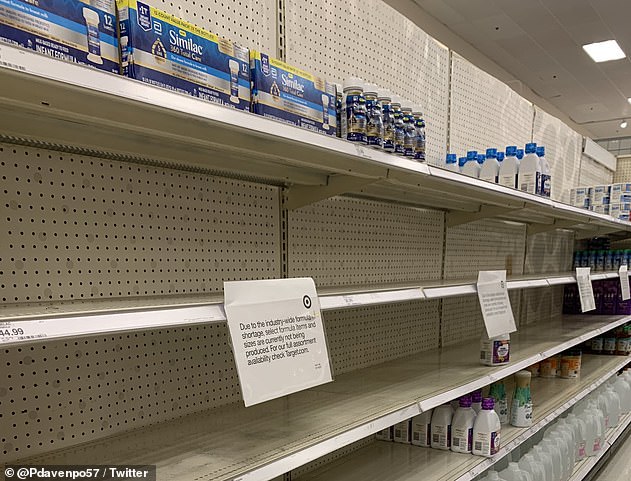 Retailers have begun limiting baby formula purchases to three containers per customer. A barren shelf at a Target store in Tulsa, Oklahoma tells the story.

The BMO Real Financial Progress Index, a quarterly survey from BMO and Ipsos, shows that 42% of surveyed adults “are changing how they shop for groceries,” including “opting for cheaper items, avoiding brand names and buying only the essentials.”

The report found “46% are either dining out less or consciously spending less when dining out.”

Gas prices hit new record highs every day in the past week. According to AAA, the national average gas price rose to $4.85 on Sunday, with diesel gas prices at their own record of $5.64 per gallon.

That added cost makes it more expensive for farmers to operate equipment, transport goods to market, and more.

$9.45/gal!! Thanks to Matthew for this pic of the Chevron in Mendocino, CA- the most expensive station in the country and the highest price we've recorded. It's over $3/gal higher than the California average and is a definite outlier. #gasprices pic.twitter.com/7AUuxDLCGI

“By the economics textbook, higher costs work themselves up through the supply side of the market and raise prices,” said Roger Cryan, chief economist at the American Farm Bureau Federation. “The prices are especially high right now because of the sudden lack of access to Black Sea grain, but if these energy prices stay high in the long run then they will entirely work their way into food prices.”

Ukraine is a major food exporter, and it also is an exporter of several key chemicals used to make fertilizer.

“Ukraine is one of the largest wheat producers and suppliers, so wheat is definitely under pressure,” said Maksym Chepeliev, an agriculture professor at Purdue University and a Research Economist at the Center for Global Trade Analysis. “Corn as well, because apart from the fact that Ukraine is a large corn producer and supplier that needs to be replaced, there have been issues with some droughts in South America and also the U.S. that kind of reduced the corn supply, and China is demanding more corn … and that is ... pushing the global corn market.”

Fertilizer prices have soared as well, raising the cost for farmers on all kinds of crops, which is then felt by consumers at the grocery store.

“Fertilizer prices are translating into increasing cost inputs because not only Ukraine and Russia and Belarus especially, they are large producers of fertilizers and exporters,” Chepeliev said, pointing to supply chain disruptions because of the war as well as the impact of sanctions.

Other issues have added to the increased food prices as well. Florida's yield of oranges this year has been diminished in part due to increased bacteria and disease affecting the crop. Egg prices have soared in part because of avian flu.

“The food at home index rose 10.8 percent over the last 12 months, the largest 12-month increase since the period ending November 1980,” the Bureau of Labor statistics said in its latest Consumer Price Index data. “The index for meats, poultry, fish, and eggs increased 14.3 percent over the last year, the largest 12-month increase since the period ending May 1979. The other major grocery store food group indexes also rose over the past year, with increases ranging from 7.8 percent (fruits and vegetables) to 11.0 percent (other food at home).”

For now, it remains unclear when prices will come back down.

“To have energy, fertilizer, and grain markets all disrupted like this at the same time … could be really devastating in 2023,” Cryan said. “I think it’s important to recognize that here in the U.S. we have resources. We have safety nets. I don’t anticipate serious hunger problems in the United States as a result of these things because we always provide, but around the world there are going to be a lot of places where feeding the people is going to be a challenge.”