Those who have it, are no longer giving it away, and those that don't will soon find themselves in the middle of an epic food crisis.

Just hours after we reported that Russia effectively banned exports of fertilizers, moments ago Hungary - one of Europe's most grain rich nations - has circled the wagons and realizing which way the wind is blowing, just announced that it will banning all grain exports effective immediately, in a statement .

Expect wheat prices, already at record highs, to promptly double from here in the next few weeks as the world realizes the extent of the global food crisis that is coming.

Our suggestion: buy flour, rice, barley and any other grains you can now, rather than waiting one month to buy them because you have to.

This morning we listed some of the countries that are dangerously (and almost exclusively) reliant on Russia and Ukraine for their wheat imports, highlighting Turkey, Egypt, Tunisia and others... 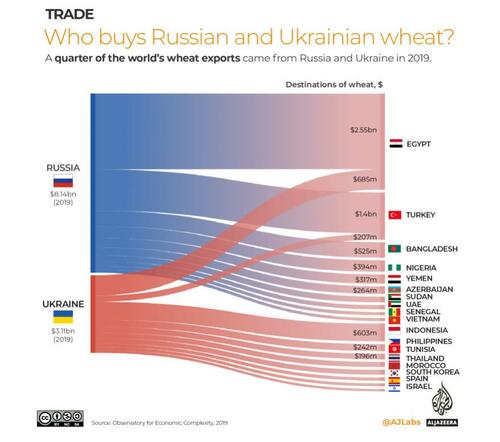 ... which are facing an "Arab Spring" style food crisis (and potential uprising) in the coming weeks unless the Ukraine conflict is resolved.

And unfortunately, we can now confidently predict that the coming food crisis will strike every country that is using food fertilizer - which is all - because moments ago, Russian Interfax reported that as part of Moscow's countersanctions, Russia has recommended fertilizer makers to halt exports, a move which will sent not only fertilizer prices orbitally higher, but all food prices will soon follow.

Worse still, natural gas is required in the manufacturing process for most nitrogen/fertilizer products and so the recent surge in European NatGas prices to record highs will only exacerbate the cost of fertilizer from any halt from Russia... 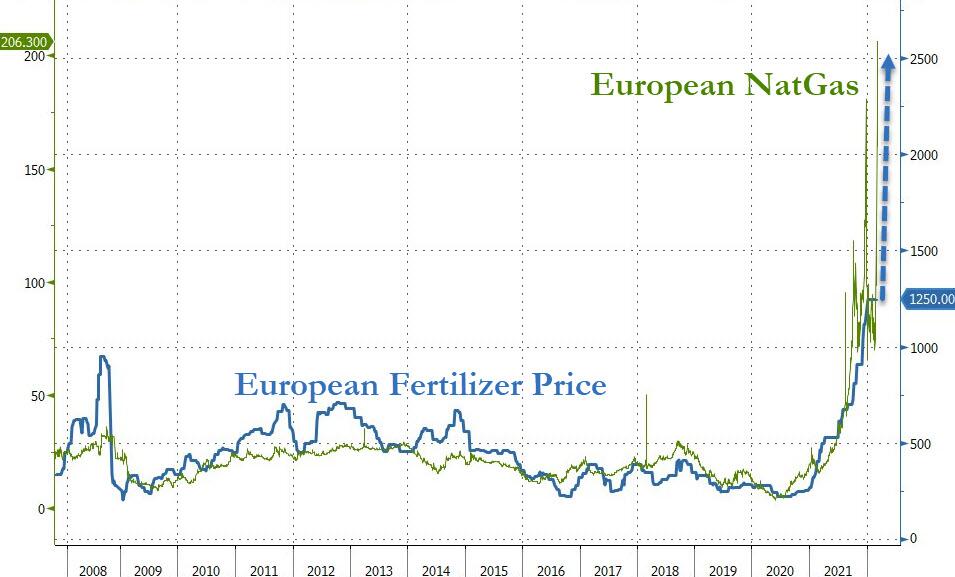 And with wheat prices already at all time highs...

... all hell is about to break loose not only among food producers, but soon, in your local grocery store once US consumers realize that food prices are about to double, triple and x-ple more.